ONLINE SERIES WITH CONTRIBUTIONS BY

Just behind the Soviet memorial in Treptower Park, where the city already ends for many Berliners, small domed pavilions lie scattered on the lawn: They are observatories from the GDR era, built in the1950s and 1960s, extensions of the historic Archenhold Observatory. Behind these pavilions, a giant telescope juts skyward from the roof of what appears to be a classical villa. This landmark is the “sky cannon” of astronomer Simon Friedrich Archenhold. It is considered to be the longest refracting telescope in the world and was first set up on the occasion of the Great Industrial Exposition of Berlin in 1896. 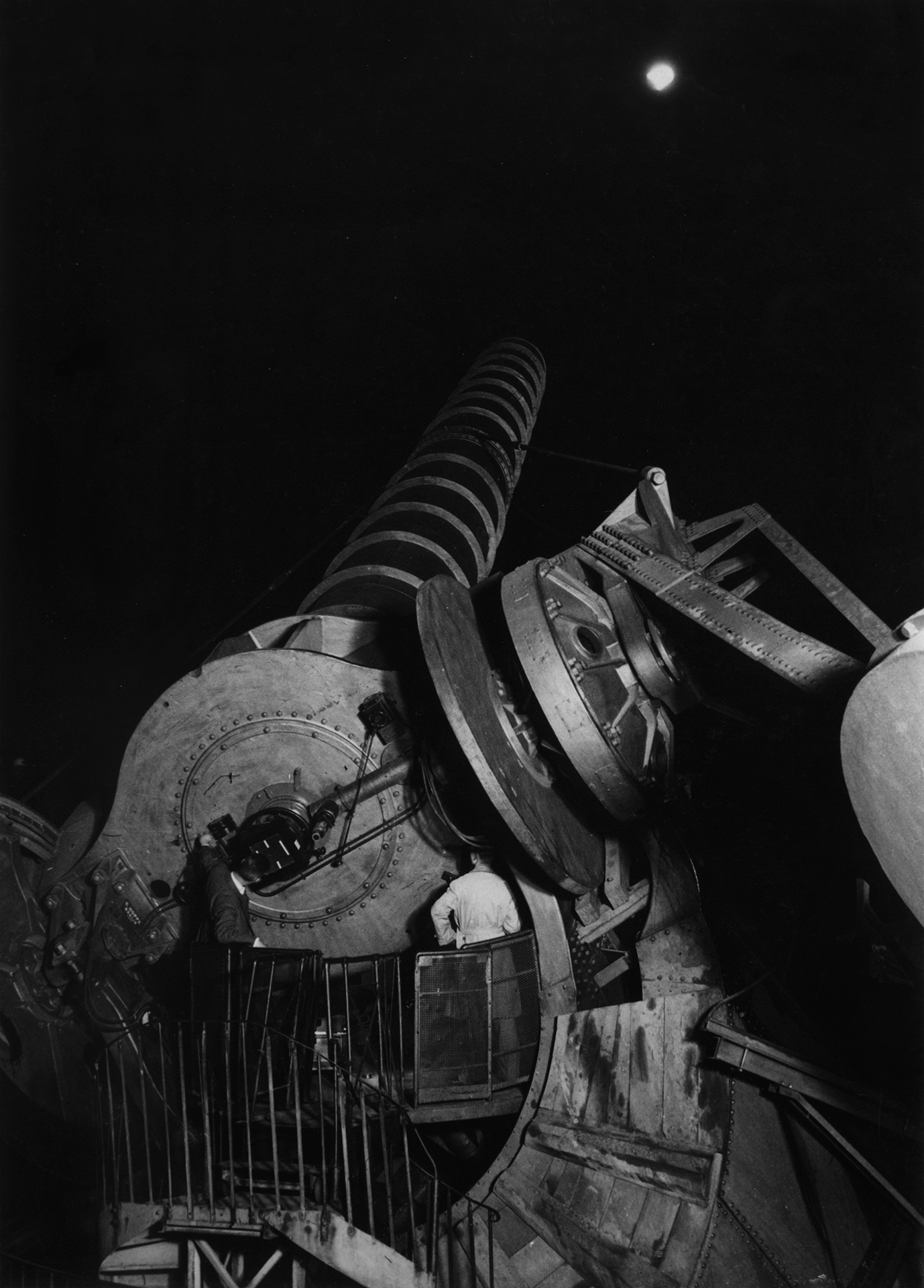 Friedrich Simon Archenhold at the Great Refractor at night

The large refractor remains in Treptower Park and is the last architectural relic of a grandiose exposition of the German Empire, which would soon after cease to exist. Today, after an eventful 125-year history, the Archenhold Observatory is once again an active educational institution with an astronomy museum.

The event series “The Sky Was the Limit” focuses on this unique place, where Berlin’s history and fascination with the cosmos meet. Four of the five artistic positions deal with the historic function and reference the Archenhold Observatory directly in site-specific video works: Ute Waldhausen portrays it as a place of waiting, Philipp Modersohn animates the large refractor in a playful inversion of a core drill, and PPKK (Schönfeld & Scoufaras) as well as Sophie-Therese Trenka-Dalton address the observatory and its surroundings within German historical context from its colonial history to the time of the GDR. Finally, Thomas Heidtmann (SPARTH), in cooperation with KOSMICA Institute, hosts “The Space Race Conference – Moon Mars Futures” featuring interdisciplinary guests discussing current issues in space travel, with special consideration of the two celestial bodies mentioned in the title.

Originally, “The Sky Was the Limit” was planned for 2020 as a series of live events at the Archenhold Observatory. Due to the Covid-19 pandemic, the participating artists transformed their projects into an online program that will now take place from October to December 2021