The arrival of humans in space necessitated a glance back at Planet Earth. It showed the Earth as a living organism and revealed the politics of the terrestrial. The Great Refractor of the Archenhold Observatory drills into the sky. Here, however, the telescope softens like a trunk and burrows into the soil of Treptower Park. After a cinematic journey through the sediments of human history and Earth’s recent epoch, the products of the drilling develop a life of their own: In the darkness, they squirm, worm-like, only to emerge into the light of day through the tube of the refractor.

The digitally-animated drill cores (using source material from an actual drill-site in Berlin) move in an undefined choreography between places and architecture, from the observatory and into the urban space. The soft, aimless forms counter the historical spirit of the site, the logic of imperial conquest and scientific advancement of the 1896 Great Industrial Exposition of Berlin, for which the refractor was first erected. 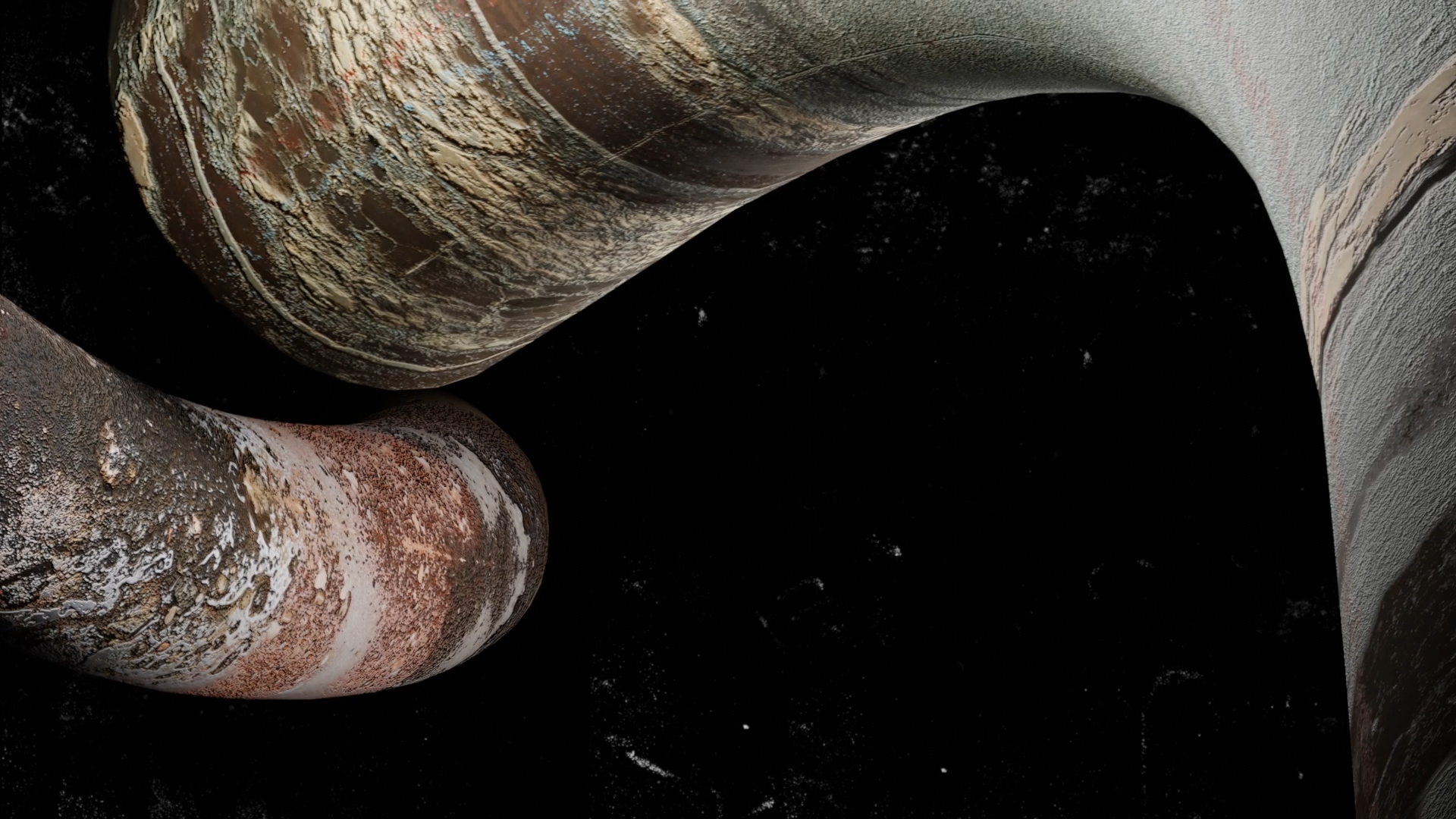 An off-screen voice describes the sediments of the Colonial Exhibition of the same year, and the Ice Age and warmer interglacial periods. The text by poet Daniel Falb is based on research into the overlapping of regional history and geological time. The narrative ends in a world in which the human species has not yet emerged, in a time or at a sedimentary layer that still contains all the potentiality of human history, including unrealized possibilities and alternative conceivable courses of history.

PHILIPP MODERSOHN, searches in his sculptures, films and installations for the vibrancy of the things which surround and influence us. By confronting them with systems and structures of social organization, he questions the division between biology and geology or life and non-life.